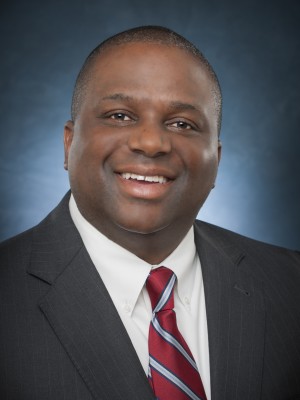 Dacona Smith is Executive Vice President and Chief Operating Officer for Sam’s Club. He is responsible for the operations of nearly 600 Sam’s Clubs in the United States and Puerto Rico.

Dacona started as an hourly associate almost 28 years ago at Walmart Store 1043 (Pauls Valley, Oklahoma). He then served as Assistant Manager, Co-Manager, and Store Manager in several stores across Oklahoma and Texas before taking on a market leadership role in northern Nevada.

Following the Market Manager role in northern Nevada, Dacona served as the Regional General Manager (RGM) for all Walmart stores in Nevada, the Vice President-RGM for North Texas (Dallas region), the Senior Vice President for Walmart U.S. Central Division, and most recently the Senior Vice President for the Walmart U.S. West Division. In his most recent role, Dacona was responsible for the operations of 967 Supercenters and more than 300,000 associates in 22 states. While leading Walmart’s West Division, his leadership drove consistent sales growth, generated increased profits, successfully implemented new technologies and processes, while consistently managing and developing strong talent.

Dacona has bachelor’s degrees in Business Administration and Business Marketing from East Central University and an MBA from the University of Phoenix. He and his wife, Kay, have four kids.